The Two Year Olds are Back! 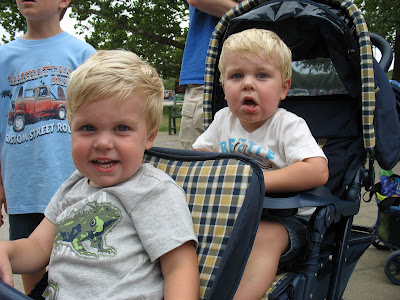 I faintly remember doing this before, having two two-year olds in the house at one time.

And here we are again. 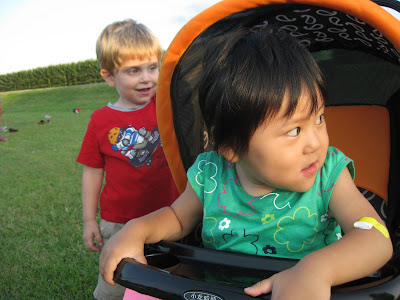 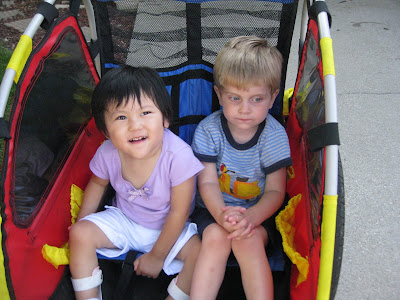 And Suhn's reaction to Sean?
She thinks he is hilarious. Except when he is taking her toys, getting in her face or hurting her.
To get a gauge on the frequency of Sean's shenanigans allow me to share Suhn's first English two-word phrases. She says them often and thinks she is quite hilarious when she does.
"Sean no" followed by "Sean nice" (think "Sean be nice")
They are probably the two phrases she has heard the most since joining our family.
So I'm back to refereeing two fickle, "mine"-loving, two-year olds.
(Something I never thought I'd do again.)
Two can be a hard age to have a "twin," (especially when you have spent the first years of your life without one). And yet, I have a feeling, a hunch and a prayer that as my babies grow, they are going to be the best of friends. 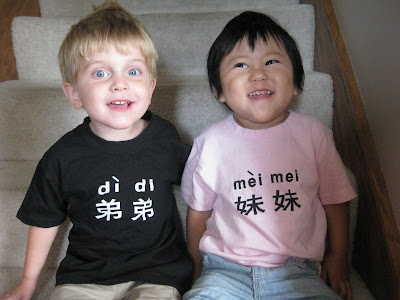 Precious! I love Suhn's first English phrases. As my mom says, no matter what ethnic background they are from, all two year olds have similar characteristics - "it's all about ME!" :-)

Love it. Thanks for the adorable post. Can't wait to see you guys on Sunday!!!

Emitt has heard similar phrases from us these past weeks :)

i love sean in the second pic of him and suhn... so funny :)

I am so glad you guys are doing well and that Suhn is getting to be part of the family.

I love it!! Reese's first sentence was "Elle did it" These poor younger children!

Love it!! Blessings to you all.

Property Law As Viewed By A Toddler