The First Day of School

Up early, as in way too early. Dressed, socks on, Ready to go.

He eats fast, so he has more time to play before the bus comes.

One not quite ready for summer to end, but the bus is coming. Ready or not.

Backpacks on, loaded down with supplies for the year.

Pictures on the front porch ready to join the menagerie already on Facebook. Say Cheese.

Here comes the bus. Smiles on. Line up. Here we go.

"See you after school!"

Back to the house. The Quiet shouts on the first day of school. Even with two still home.

One 4th grader and two 1st graders. Where does time go?

On to the gym and groceries before they come back. Rushing in the door. Big smiles. All talking at once. 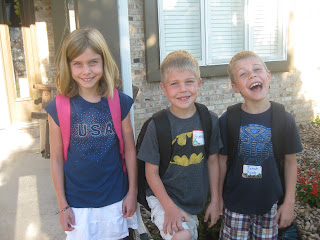 Go HERE to view the report.

The end.
Posted by megs @ whadusay No comments:

We head up to Naperville next Thursday to get our fingerprints taken for the Department of Homeland Security. You know cause the ones we gave them for Suhn’s expired.

After that we are one form away from a complete dossier. I am hoping to be DTC (Dossier to China) by the end of September. That might be pushing it but I think it’s possible. In my mind, we are on track for a Marchish trip to China. Time will tell..

Meanwhile, we continue making our way through the many, many, MANY steps it will take to bring Zak home. Each accomplished task bringing us a little closer to the ultimate goal:  one less orphan, aka a family for Zak and Zak for our family.

Each step also brings bills. Big ones. Bills we don’t quite have the cash flow to cover.

And so we raise funds.

It’s a humbling thing to ask for help. The word “humbling” feels almost trite, like it is the expected thing to say. We mean it though. We feel vulnerable when we ask and the truth is we are vulnerable and it is good for us to ask because we can't do this alone. We need you. And as we ask for help, we want you to know that our desire is to pay it forward, to try to give back what we have been given.

We do not take the generosity of our friends and family lightly. It makes us want to be like you.

We are excited to see how God provides for this adoption. He has called us and we trust that he will.

All that to say, if you are interested in partnering with us, go here to find out how.

Posted by megs @ whadusay No comments: 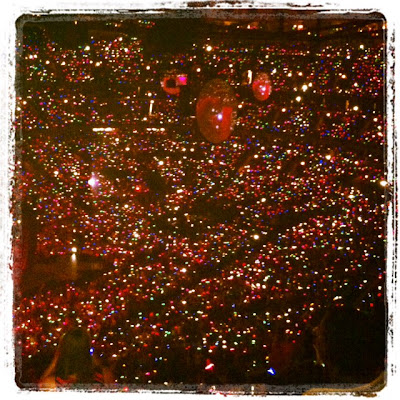 And one of the items on my bucket list has been to attend a Coldplay concert.

Last night they were in Chicago and Kory and I were in attendance along with 20,000 plus others.

To say it was AMAZING is putting it mildly. Frankly to put the experience into words is near impossible.

Visually, Acoustically, everything was CRAZY good.

Since the concert ended, I've been wanting more and I have spent a good part of today trying to figure out why exactly I've felt so moved

One of my favorite quotes by C.S. Lewis came to mind. In Mere Christianity he says:

"... when the real want for Heaven is present in us, we do not recognize it. Most people, if they had really learned to look into their own hearts, would know that they do want, and want acutely, something that cannot be had in this world. There are all sorts of things in this world that offer to give it to you, but they never quite keep their promise. The longings which arise in us when we first fall in love, or think of some foreign country, [or listen to great music]...are longings which no marriage, no travel, [no music] can really satisfy... If I find in myself a desire which no experience in this world can satisfy, the most probable explanation is that I was made for another world... Probably earthly pleasures were never meant to satisfy it, but only to arouse it, to suggest the real thing."


Last night at the concert I felt that yearning again, that "suggestion of the real thing." It's kind of thrown my whole day off as I've processed the moment. I feel it often when I listen to Coldplay. I would guess that you feel it too.  Maybe with Coldplay or maybe not, but with whatever kind of music moves your soul. That desire for something more.

I was not made for this world. Most days I am immersed in the things of this life. But then a song plays, or I read something, or go to a concert and I feel that hunger. A craving that will never be filled in my lifetime. I can try to fill it with more music, or other good or bad things but I will only be frustrated when the temporary fix rubs off if I expect to keep the hunger pains at bay for long.

But, if I accept the longing, the ache and let it remind me of what is to come... then I can, as C.S. Lewis puts it, "make it the main object of life to press on to that other country and to help others to do the same."

Last night surrounded by thousands of people I had the thought of Heaven and what it would be like to be surrounded by people and music: amazing, soul-moving, gut-wrenching music, praising Jesus.

It is going to be Awesome.

Coldplay left me wanting more, but I believe the "more" I am really wanting will never be filled in this lifetime, the satisfaction and fullness I am looking for, is waiting for me in the next.
Posted by megs @ whadusay 4 comments:

Email ThisBlogThis!Share to TwitterShare to FacebookShare to Pinterest
Labels: faith, My Life 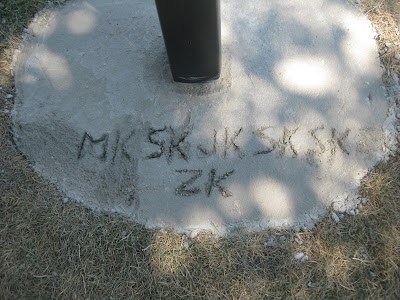 We have been waffling over names for little boy for the past two months.

Boy names are hard for us.

But last night Kory put up a new basketball hoop by our driveway. The wet cement was practically begging for initials, face prints or something.

We opted for initials and as a result the waffling is over.

Initials in cement are kinda hard to erase. 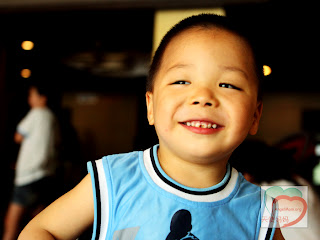 Zak means "remembered by God" which fits him in so many ways.

AiMing is his Chinese name.

I think it has a nice ring.