Dreams of Silver and Gold 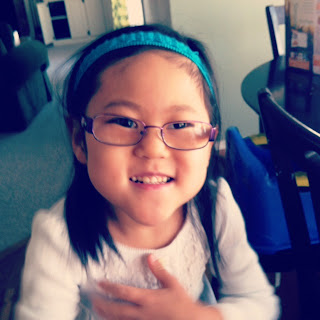 We were waiting. Waiting for the others to come out of the bathroom when she looked up at me and said,

There was more, about the tie she would buy for her husband and the food that she would cook, but it was the first part that I put on Facebook and that I have continued to think about since.

There was redemption in her words.

They say adoption mimics salvation. The sacrifice it takes to make a stranger a part of your family mimics the sacrifice God made to bring us into his.

And if that was not enough, their dirt is washed away, and they find themselves dressed in silver and gold.

We find out the dirty,unwanted orphan is really the royal princess, the daughter of the King.

It's the best kind of story, one that never seems to get old.

Told through music and art, books and movies, and sometimes told in the daydreams of a little girl.
Posted by megs @ whadusay

Email ThisBlogThis!Share to TwitterShare to FacebookShare to Pinterest
Labels: adoption, faith, Lost in Thought, My Kids

I love this...and her...and you!
Thanks for sharing such redemptive words :)
Kt

Our Journey to Grace and Olivia said...

I absolutely love this! You had me in tears AGAIN! You need to write a book. Your heart pours out through your words. I love this little girl. SHe is getting so big. Thanks for sharing this and the parallel with what God has done for her at such a deeper level. Love you!

This is precious in so many ways.

thanks for sharing, out of the mouth of babes!!!! So sweet and so special!