As oftentimes happens, one thing tends to lead to another.

I saw a preview for the movie The Great Gatsby the other night. It piqued my interest in the book which is considered a classic. I like to read classics.

Later that week I happened to be in the library with only one kid which means I can actually spend a little time in the grown-up book section. I found myself pulling F. Scott Fitzgerald's Great Gatsby off the shelf. Next to it was a book of short stories also by Fitzgerald. The cover story was, The Curious Life of Benjamin Button.

I remember seeing the movie several years ago. The story line was intriguing to me (a boy is born an old man and as his life progresses gets younger and younger until he ends the way most of us begin as a baby), so I pulled it, you know, to see how the movie compared to the original story. 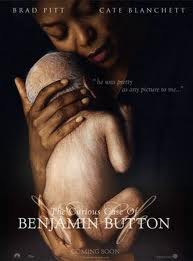 I don't remember a ton of the movie, but I do remember that there is a girl who is in and out of Benjamin's life. She is the love interest and if I remember correctly, in the movie she is with Benjamin to the end.

There is a love interest in the original short story, but it doesn't last. The younger Benjamin gets the more they drift apart. He has a very successful life given his curious circumstances, but the end of the story is kind of depressing. He slips away basically alone.

In the movie, someone cared. That is so much better.

I follow Donald Miller on Facebook. He recently had the following status update:  All the recent passings remind me life is short. Doesn't make me want to succeed, though, makes me want to get quality time with loved ones.

Its a good reminder, because the only thing worth investing in are relationships with those we share this speck of time with. The rest of the stuff and success we seek doesn't last. And doesn't really make us happy. It just fills our time.

I want to love well with the little bit of time I have. I want to invest in relationships and care for others because in the end, that is so much better.