I recently had a conversation with a woman who had been adopted from Korea. She had a great relationship with her adoptive parents and was so thankful for their choice to adopt. She said they handled the special issues that come with adoption well, but she always wished they had made more of an effort to incorporate her Korean heritage into her life.

As an adult, she wishes she had more of a connection with that part of who she is.

When we started the adoption process, I thought I'd like to incorporate a little of China into our lives, but having that conversation confirmed it. So as the Chinese New Year approached, I figured it was as good a time as any to begin and build our own Chinese traditions (although let's be honest, probably more like Chinese-ish).

So we invited some friends and got ready to celebrate.

We decorated the house. Mya made paper lanterns to hang in the windows and helped set the table. Our centerpiece included fresh flowers and oranges; New Year traditions that bring good luck. 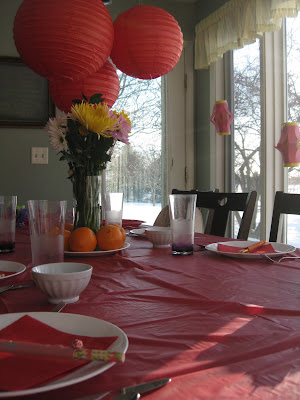 Even Thomas and friends joined in on the fun. 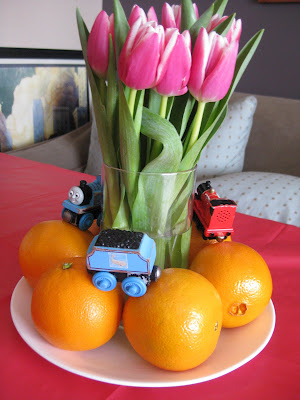 We prepared a feast, including homemade dumplings (another New Year Tradition that symbolizes wealth), a noodle dish (which symbolizes longevity), sesame chicken, and sweet and sour veggies. (A special thanks goes out to Michelle for sharing her recipes and book ideas and Kory's mom for helping with the preparation!) 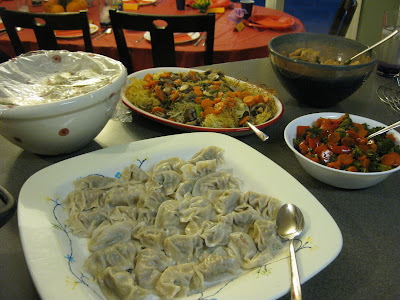 And then we ate, and it was good!! 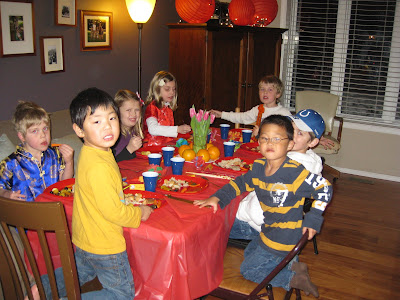 Suhn pounded the dumplings; I think she ate more than any one! 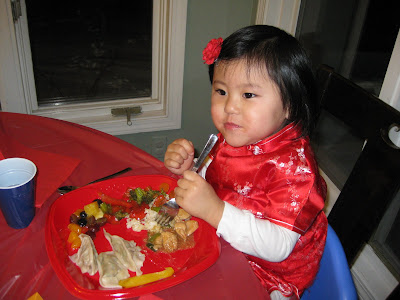 Another New Year tradition is red envelopes containing money for the kids. All the kids loved that one (the homegrowns weren't so crazy about the food; they'll learn!). 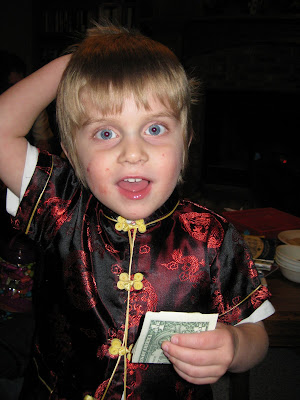 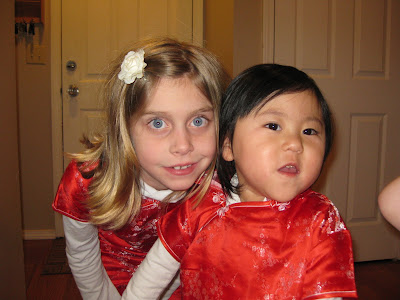 We had a wonderful night.

And I refused to cook anything for the rest of the weekend. :)

that looks like an awesome celebration! it's really neat that you are celebrating that part of who she is.

What a wonderful celebration. I'm sure she will truly appreciate you teaching her about her heritage! My Aunt and Uncle adopted several children and they said that was one of their biggest concerns - they did not want to "ignore" the differences in heritage...but rather celebrate them because it was what made their family who they were! :)