This was a hard one. Because, you know, I have like zero bad habits. Kory even agreed with me (smart man!). And, all I could think of was the Berenstain Bears and the Bad Habit, where Sister tries to kick the bucket on her nail biting. I don't remember much else except that by the end of the book she had beautiful nails so I'm assuming she accomplished her goal.

Then I remembered that ALL my kids bite their nails, except Suhn, which I'm sure has very little to do with the fact that I often forget to cut their finger nails for months at a time. I'm sure Suhn will eventually join the rest in their nail biting glory. But because she doesn't (yet) I am actually remembering to cut her fingernails and hence every one else's as hers actually get long enough for me to notice and do something about.

For the rest, I just cut what little is left of their nails, say something about it being a bad habit and move on to their toenails, which they used to bite as well, until recently. :) 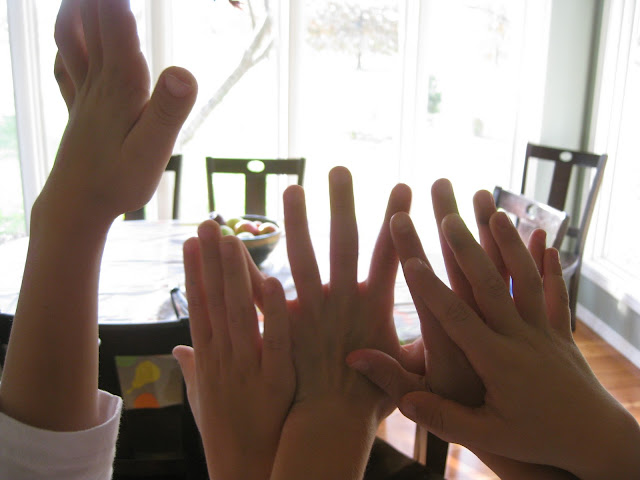 Email ThisBlogThis!Share to TwitterShare to FacebookShare to Pinterest
Labels: My Kids, My Life